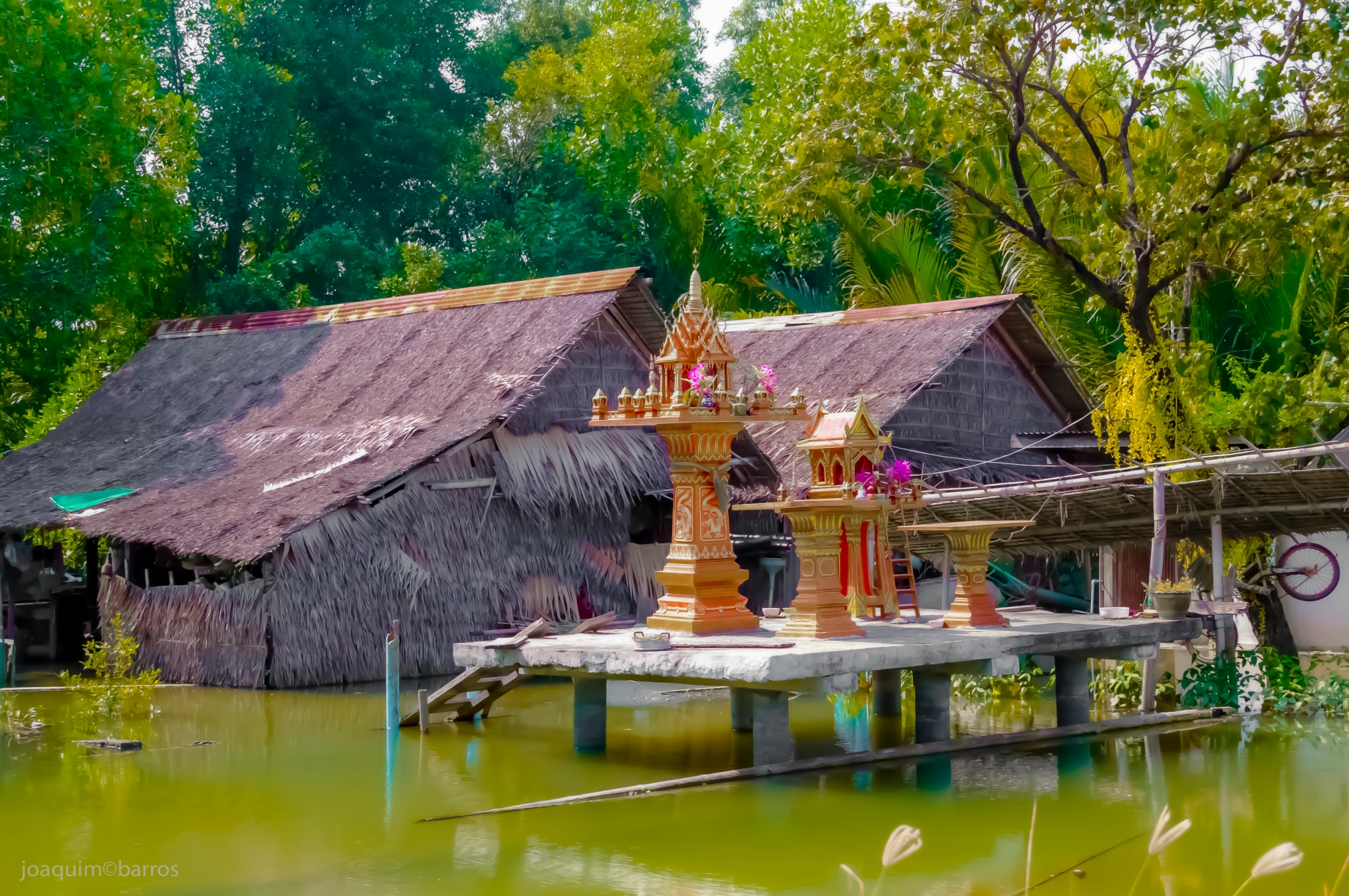 Year 2013 collection. How far can we go beyond our suffering, wellbeing and comfort when we believe in something and put that believe above everything? This image is an example of that capability I took last year during my winter holidays. Like in most of religions, Buddhists believe very much in reincarnation. Ugly and repulsive creatures, crippled or abandoned animals, people so called unfortunate in their way of living are representing souls from the past. They are God’s punishment for what very wrong they have done in their past life. In the same way of thought, the opposite is also true. People and animals that live well, not necessarily by material means, are blessed from their very rightness in past life. For example, snakes are considered repulsive animals and a person that has done good will never return in that form.

Those souls punished by God’s will come in form of spirits to haunting the peace of living souls that have had, somehow, a relationship in the past. Spirits can be appeased if they are taken good care because above all they look and need forgiveness before returning and be in rest forever.

Every Thai house, business company, public garden, farmed field and of course any Buddhist Temples and so have to have a Spirit House, preferably in the best corner and visibly taken care to protect them and their daily life. The living souls shall put water or jus and some food they believe that spirit likes or used to like if they believe the spirit belongs to a specific incarnation they knew or are aware of.

This specific photo shows the real mean and how serious they take this believe. I noticed the owners house made of bamboo canes and dry palms was water flooded. They know that water floods are coming every year during the raining season but take no actions to lift up their own quarters. However the Spirit House cannot be neglected in any way and a platform has been built to make sure the spirits are kept dry and well protected. They probably have not much money except income from farming nearby fields and salt farming but savings are to be invested in taking good care of the Spirit House.

This goes to say that no one, foreigners alike, should play, joke, or question these creeds. It can turn very regretabbly bitter!

This remind me a dramatic episode that went viral in the corridors of company I was working for. Through 1998-2000 I was in Thailand in my first professional assignment abroad. In 1999 there was a managing director change in the company. I must say that he was a damn arrogant person and nobody I came across like him as a person. Like every time there are changes at that level in any company, there are also changes in the organisation and many times in the premises too. Contraire to many countries where the company had solid business, in Bangkok they didn’t have its own building but rented one for almost 25 years by then. This means not everything was planed to fit all standard elements this company or their managing directors wish to have. The entrance had a small garden with a roundabout in front of the main entrance so the cars could contoured the roundabout, stop to drop-off people and then follow to the parking turning to the right side of the building. The new MD decided to buy a bigger car than its predecessor and that was difficult to manoeuvre around the small roundabout. There were not many possibilities to re-arrange the entrance’s landscape because on the opposite right side of the roundabout the Spirit House was built to be very visibly from a practical point o view by means of pray and worship.

In companies grounds the Spirit Houses are in general built either left or right side of the main entrance so when the people arrives at work they can stop by, wai (Thai traditional way to greet and pay respect) their hands in a worship motion to pay respect before starting any work tasks, lit-up incense sticks and/or offer some food to the Spirits to start the day in peace. The same happen – wai their hands only to thanks for the day is the most common practice – on their out when the working day is finished.

The new MD decided to ignore Thai believes and in order to accommodate his life-style (read arrogance) decided to order the Spirit House be removed from that place and put in the flat roof of the building instead. I have to add that putting the Spirit House in flat roofs is also a common practice in Thailand but when there is no other options such as lack of ground space. He was advised not to do so. In general Buddhist monks are consulted for these kind of actions because they are always respected by spirits if on duty and they advised that it was not a good idea since there was enough ground space to accommodate everything. The MD decided not to listen and even made some murky smiles (as it was his arrogant customary) to the people who talked to him about. For the employees this represented a bad omen by any means; it was not practical for them to go up and pay respect before entering the working place and also may something wrong would happen soon. The employees representative have also tried to persuade him from doing so. All was in vain.

Buddhists believe that everything is a consequence of something and later effects are the bounce of precedented actions.

More or less two months later 25 employees have been sacked. As is customary Thai people (employees in this case) believe in their faith rather than in their rights and left without a single fight. Other similar actions have had happened. In one of my first meetings with this MD, while I was doing a presentation about the factory and the ongoing projects, he joined the tip of his fingers with the elbows planted in the oval meeting table, made a very murky smile which made me stop and ask if he had any questions. Still keeping his unpleasant and arrogante murky smile he said; you are wasting your time because I’m going to close the factory…

Remember what I just above wrote; Buddhists believe that everything is a consequence of something and later effects are the bounce of precedented actions.

Not even two years into his mandate and after receiving some tips… a company’s team of auditors came to audit the financial status and one month later this MD was sacked accused of corruption actions and misleading behaviour not according to the company’s principles and core values. Following this humiliation he didn’t even had the right to drive one more time his big car in his new roundabout. Adding to it, 6 months later his new Thai wife sue him on corruption grounds too, won the case and he lost his new Thai style House built in Puckett in an outstanding spot. To get a stamp of recognition of a real Thai House it has to be completely built in teak hood like in old times and a special permission is required since this timber cannot be bought without that permission. One’s can imagine the material loss and the reputation he has got in his cv.

Thai colleagues believed that this was a consequence of his actions and not just a coincidence of life.